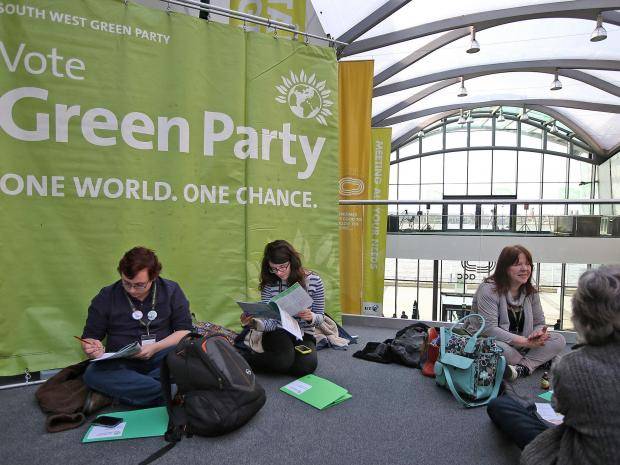 This summer the Green Party will be looking for a new leader after current leader Natalie Bennett announced her intention to stand down in August when her four year term comes to an end. Under Bennett’s leadership the Green Party gained a record vote share in the 2015 General Election and saw their membership increase to 60,000.

Despite these successes Bennett often faced criticism. Bennett struggled in the media and was not seem comfortable in this setting. She participated in the leadership debates but failed to make an impact and did not gain the poll bounce some were hoping for or expecting. This culminated in the Greens losing control of the council in Brighton and failing to add to Caroline Lucas seat in the General Election.

It is highly probable that it will be Caroline Lucas who will follow Natalie Bennett. Caroline Lucas is popular within the party, is very comfortable in the media and has performed this role before. She is the Greens only MP and has respect within Parliament. With Sian Berry and Jenny Jones ruling themselves out, it is likely it may be somewhat of a coronation.

Politics is fragmenting in this country. Support for the two main parties is on the decline, opening the way for smaller parties such as the Greens. Support for the party has risen steadily but not dramatically and will need to go up another notch if they want to break-through significantly. The Greens though will suffer from Labour’s leftwards pivot. Jeremy Corbyn has moved Labour leftwards and onto some of the territory the Greens have recently been occupying. This will further hurt the Green Party and their attempts to gain any breakthrough in the press.

It is unclear what the future is for the Green Party. Caroline Lucas is secure in Brighton but outside of that it is hard to see what impact they can make under the current electoral system. Labour’s move to the left has taken away many potential supporters. The Greens will remain at a solid level at the polls, but there will be no Green revolution. Not even a new leader could change that.