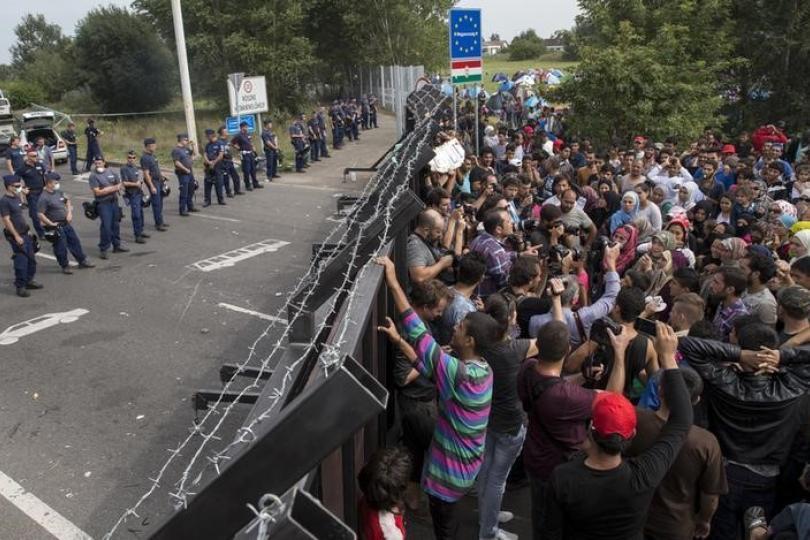 Countries and leaders across Europe have reacted differently to the migrant and refugee crisis. Notable amongst these reactions has been that of the Hungarian Prime Minister Viktor Orban. Orban has adopted a hard-line stance towards the migrants and refugees and has refused to cave in amidst political pressure and adopt a more conciliatory tone and take in more people.

The Hungarian government have defended their position in a number of ways. However in all of the reporting there were some comments that particularly caught my attention. Orban has claimed that the influx of Muslim refugees poses a threat to Europe’s Christian identity and has argued that he was defending European Christianity. As a Christian, I feel the need to challenge these remarks and question whether Orban can really make this claim.

Claiming to want to keep a country or an area ‘Christian’ has become a common defence for many on the anti-migration Right for a while now. It is code for wanting to keep a country the same and not entertain change of any sort, including welcoming people from different backgrounds. It is based on a fear that everything is moving too quickly and that things were better in the past. This has little to do with the Christian faith and more to do with a political mind-set. It is a mechanism politicians will hide behind to conceal their true motives and feelings.

The Bible is very clear about how we are to treat the vulnerable and refugees. The Bible commands us to love our neighbour and show hospitality to strangers. These principles are further expanded on in a number of Jesus’ parables. On top of this God’s chosen people, the Jewish race were refugees and Jesus, the Son of God was also a refugee when He was born. The Bible leaves little room for debate in this area.

In difficult situations and scenarios, politicians will use all sorts of excuses to justify their position and make their stance seem more palatable. On this occasion though, this defence won’t wash. Orban is a democratically elected politician and does have the mandate to act on behalf of the Hungarian people and will have reasons for his position. However he does not have the mandate to claim he is acting on behalf of the Christian faith, especially when his principles are so contrary to what the Bible teaches. There is nothing Christian about what the Hungarian Prime Minister and government are doing, and that needs to be made clear.