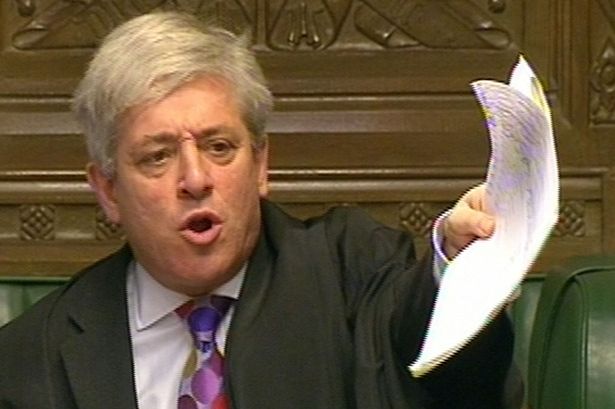 House of Commons Speaker John Bercow has always enjoyed a tumultuous relationship with the Conservative Party. This relationship further soured when Bercow used his position as Speaker to signal that he would not be in favour of President Trump addressing Parliament. This delighted the opposition benches but caused a stir on the Conservative side and has led to back-bencher James Duddridge tabling a motion of no-confidence in the Speaker.

The role of Speaker is vitally important in the House of Commons. The Speaker has a duty to act impartially and respect all sides in Parliament. The Speaker will also represent Parliament across the world and the country and must be respected. Bercow has successes to his name including making Ministers more accountable and introducing long overdue modernising reforms. However if the Speaker is not seen to be impartial and is believed to have overstepped his mark then the position must be in doubt.

This is not the first time John Bercow has found his position in jeopardy. In 2015 Conservative MPs led by William Hague attempted to introduce secret ballots on Speaker elections which would have made it easier to remove a Speaker. This move was defeated by 228 votes to 202 as Tory rebels voted against the whip but was a clear sign of the historic discontent there was on the Conservative side towards Bercow and his supposed lack of impartiality.

The pressure on Bercow has further intensified with video footage seen by the Daily Telegraph showing Bercow’s position on the EU Referendum. The footage shows Bercow stating that he voted to Remain in the EU referendum and casts doubt on whether Bercow can be relied upon to maintain a neutral stance in any future EU debates.

Bercow did overstep the mark in making the comments he did about Trump, and the video footage seen in the newspapers will not have helped him. They have cast doubt on his impartiality and have caused Parliament unnecessary problems. The controversy could easily have been avoided given President Trump has yet to ask to address Parliament. Given that Bercow still commands support from Labour and the SNP it is hard to envisage Bercow losing a Parliamentary vote. Should, though enough Tory MPs vote against Bercow (could be up to 150 according to reports) then Bercow’s position could become untenable.

For some opportunistic Tory MPs who have long disliked Bercow this could provide the perfect opportunity to remove him and could well prove a costly mistake from the Speaker.