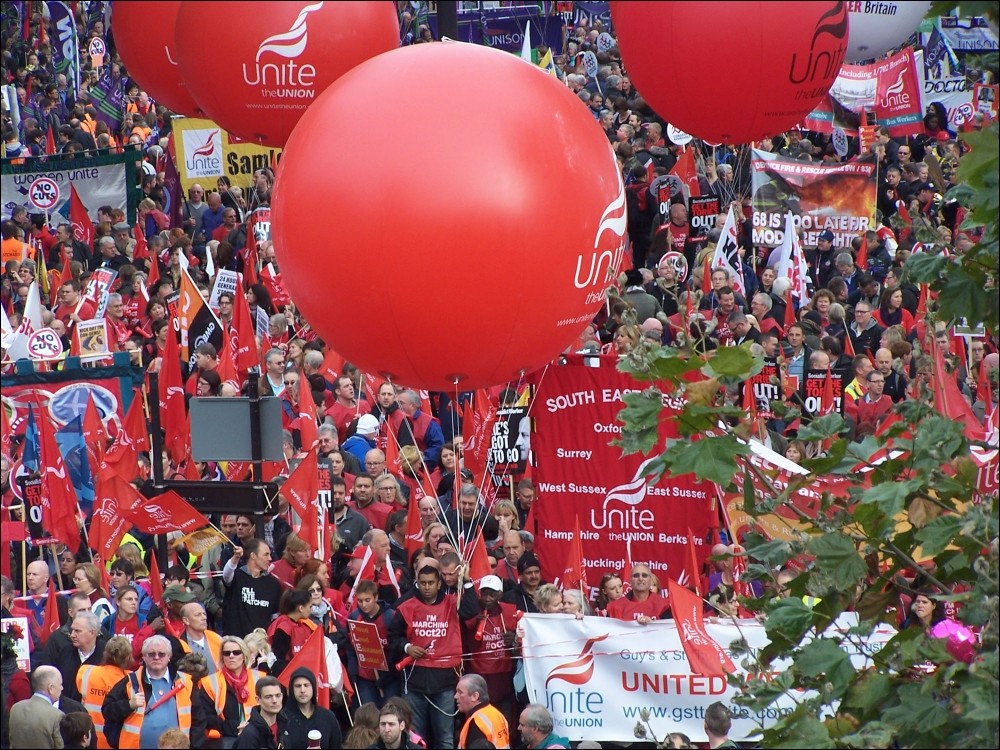 In recent times the relationship between Labour and the trade unions has become more strained. Tensions have been bubbling under the surface for a while, but have come to the forefront during the last few days. There is little love lost between Blairite figures in the party and leading trade union figures as demonstrated by Jim Murphy’s recent attack on Len McCluskey, the leader of Unite the country’s largest union.

The Labour Party was born out of the trade union movement and this alone means that there will always be close links between the two. They still have ties to many Labour MPs and are largely responsible for financing the Labour Party. However times have changed in recent years and the political climate is very different. The relationship between the Labour Party and the trade unions is no longer as strong as it once was and for some it feels more like a millstone than a cause for celebration.

Gaining the support of the unions for any Labour leader was once seen as imperative, but now it is increasingly being seen as a poisoned chalice. Although their influence is useful in seeking the Labour leadership, after this their influence is largely perceived as negative. Ed Miliband never really shook off the tag of being the union’s man and was regularly mocked as a union puppet. Electorally this damaged Miliband and made him appear weak without the power to criticize the unions. It does not appear that a close link with the unions plays well with the voters.

Labour have struggled to compete financially with the Conservatives and do not have the number of large donors that the Tories have.  As a result, they remain overly reliant on the trade unions for financing, without which it is difficult to see how they could survive financially, raising questions about whether a break between Labour and the trade unions would be viable.

Due to the interwoven history of the two groups, it is hard to see how the link can ever totally be broken. However questions do have to be asked about whether the unions have too much influence in the Labour Party and whether this helps or hinders the Labour Party. Although Labour do benefit in some aspects from their close relationship with the unions, many now argue that the link stops Labour progressing. Maybe for both it is time for an amicable split.